What happens when one part of an integrated system doesn’t play well with the rest of the system?  I think we all know from our automobiles, computers and many other devices that the answer is – things go wrong and stop working as intended.

Well, that recently happened when Apple released El Capitan, OS X 10.11.  Despite significant prior planning and testing, the actual release of El Capitan broke numerous critical things in many software applications globally.  I’d like to share some of the behind the scenes work that we do when Microsoft or Apple release major operating system updates to help you understand the effort we at DNASTAR make and the measures we take to ensure your Lasergene software can continue performing effectively, regardless of operating system changes.

About six months before a major operating system is released, the software development community is given early access to the new OS.   Along with hundreds or even thousands of other companies, we do extensive testing of our software on the new OS and report any issues that arise to Apple or Microsoft. This is an important part of the release process.  If Apple or Microsoft were to release a new operating system that is incompatible with the programs that are designed to run on it, then the new system would not be popular or effective.

In the case of El Capitan, beginning last spring, DNASTAR received numerous early access versions from Apple, none of which revealed any incompatibility with our Lasergene software.  On September 10, 2015, Apple released their Golden Master, the final pre-release version of El Capitan.  Upon receipt of the Golden Master, we again tested our software and quickly identified numerous major problems, none of which had existed in prior versions of the OS.  In certain Lasergene applications, files could not be opened, saved or closed.   And there were other issues.  We reported these matters to Apple and suggested that Apple modify El Capitan before release to address the problems.  After all, we assumed that other software programs were having similar difficulties (and we now know, of course, that they are).  Apple stayed on course with their release of El Capitan on September 30, unmodified, even with major known problems for Lasergene and many other software programs.

In this situation, we did the only things we could do.  We immediately identified the root causes in our software that make it incompatible with this new operating system and we modified our software code to accommodate the new Apple OS.  Had the system worked as it was intended, we would have had many months to address these issues.  However, since the first indication of problems arose less than three weeks before Apple’s release, we did everything possible to address the issues as quickly as possible.  As a result, we published a product notification prior to the release of El Capitan.  We use product notifications to let our customers know about situations like this one.  We also worked hard on creating a “patch” release that would address the underlying problems that cause the incompatibility.  The patch was released on October 13, 2015, less than two weeks after Apple released El Capitan.  It is Lasergene 12.3.2 and it is available to current customers here.

It is not our goal to blame Apple for this issue.  Instead, we wanted you to know a bit more about how these things normally play out and what we at DNASTAR do to help you continuously meet your research needs, even when things don’t go according to plan.  We apologize for any inconvenience caused by this situation and we hope your research did not suffer if you chose to upgrade to Apple’s new operating system in the past few weeks.  If you have upgraded to El Capitan, please be sure to update your DNASTAR software to Lasergene 12.3.2.  If you reached out to us to discuss this issue, we hope and trust that you were treated well by our technical support team.

I am always interested in hearing from you; whether it’s to compliment our team or to help us understand areas in which we can improve.  Thank you for being a loyal customer of DNASTAR.  We look forward to continuing to meet your research needs in the future. 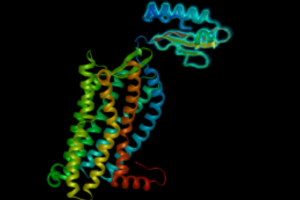 From Protein Sequence to 3D Structure

When most people think about DNASTAR, they probably think of[...] 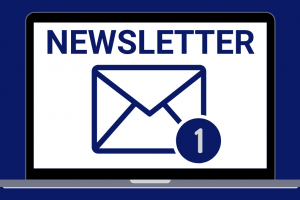