ArrayStar’s Variant Annotation Database has changes for GRCh37 and GRCh38

ArrayStar’s Variant Annotation Database has changes for GRCh37 and GRCh38

The aforementioned Lasergene 14.1 release also included an update of the GRCh37 version of the VAD and the removal of Polyphen2 data from both VAD versions due to licensing issues.

Resolution: DNASTAR will continue to update the VAD periodically and will strive to address any remaining inconsistencies between the two versions.  In the interim, there may be cases where the data and annotations do not align as expected. For questions regarding this topic, please contact DNASTAR at 866-511-5090 or sales@dnastar.com. 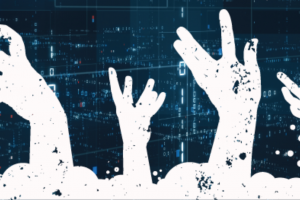 Zombie Sites and Lost Resources: What to do in the Face of the Data Deluge?

Written by Guy Plunkett III, PhD in Bacteriology As a[...]

DNASTAR® announced today the release of Lasergene® 17.2, which includes significant updates to the sequence...

Watch our 1-hour webinar to learn how to easily analyze transcriptome data for non-model organisms.