To open a local sequence file:

Choose File > Open or use the keyboard shortcut Ctrl/Cmd+O to open a nucleotide or protein sequence. If the sequence shape (circular or linear) is not defined in the file, SeqBuilder Pro will assume the sequence is linear.

Choose File > Open. In the ensuing dialog, select one or more files using click, Shift + click or Ctrl/Cmd + click, and then press OK. Each selected sequence will open as a separate SeqBuilder Pro document. 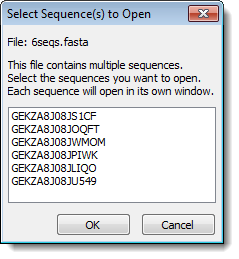 To send an open file from another Lasergene application to SeqBuilder Pro: 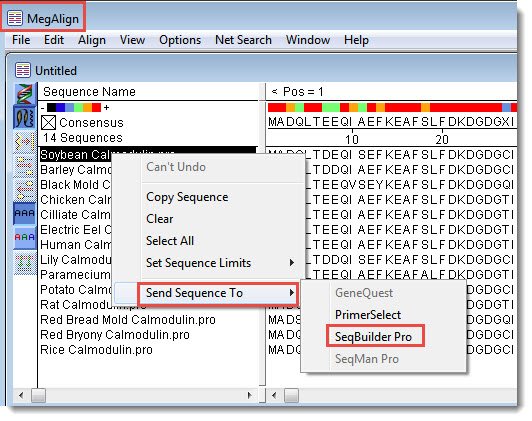 Select File > New Project and then drag and drop the Vector NTI files (DNA .gb; protein .gp; or database archives .ma4 and .pa4) onto the Document window. A separate SeqBuilder Project will be created for each file. SeqBuilder Pro only supports pre-2008 Vector NTI files, and does not support newer files, including those from Vector NTI Express.

*Note for Macintosh users: Vector NTI only runs on Macintosh macOS 10.3 or lower, while Lasergene runs only on macOS10.10 and higher. If you are using Vector NTI on Macintosh 10.3 or earlier, you must first archive each sequence as an .ma4 or .pa4 file. Then, you can upgrade your operating system to a current version, and import.

To import one or more sequences into an existing project:

Select File > Import Sequence(s) to Project. Importing creates a full copy of each imported file that is not related to the original file.

To re-open a recently-opened document: 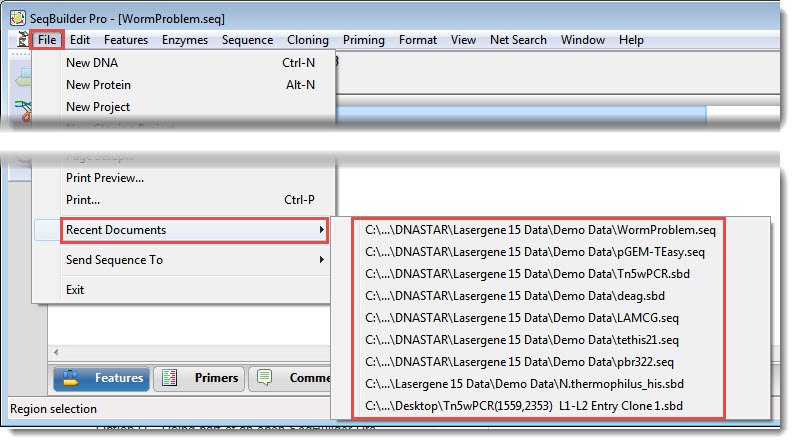 *Non-sequence files, such as enzymes or selectors, do not appear in this list.