Try it! – Create and modify primers for restriction cloning

In this tutorial, you will prepare for restriction cloning by creating primer pairs for a gene of interest, and then manually introducing restriction sites. 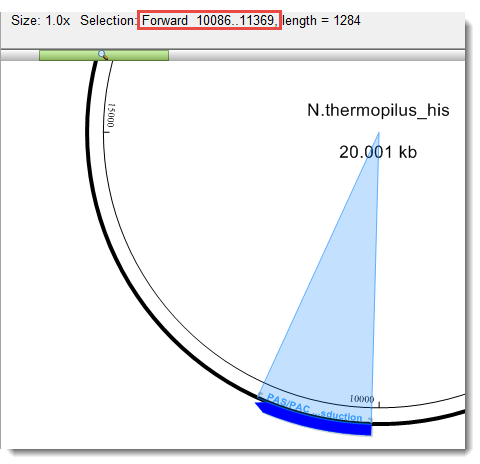 The default settings for this option allow SeqBuilder Pro to choose the best primer locations from within 50 bp of the surrounding sequence. 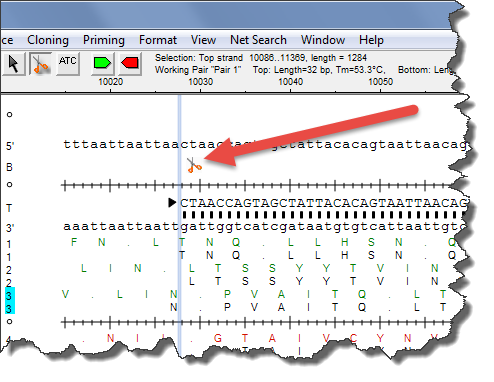 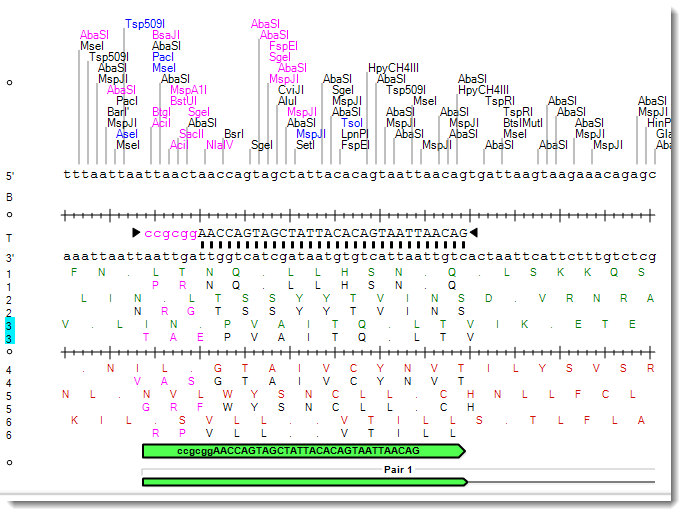 New restriction sites are displayed in magenta. The same color is used for nucleotides in the primer sequence and their translations that differ from the template. Restriction enzymes whose recognition sites are eliminated by the change are shown in blue.

The menu command extracted the sequence of the PCR product and simulated its amplification with Taq polymerase including the addition of 3’ A overhangs to each end. In this example, you will use restriction cloning, which cleaves the sequence at the designated restriction sites. Thus, the 3’ A overhangs will not affect the resulting clone.

This workflow continues in Try it! – Create and use a PCR insert in restriction cloning.