To join a new segment to an existing feature: 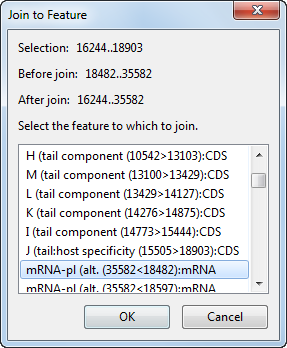 To change the name of the entire feature and/or each individual segment name, click in the /dnas_title qualifier field to open the Multisegment Name Editor. 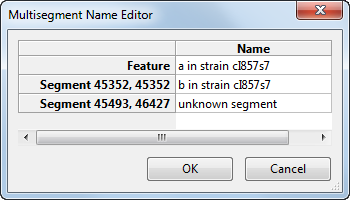 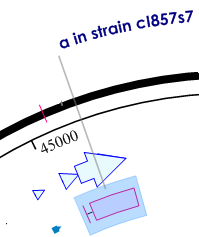 The outcome of this procedure is different from simply modifying the length of a feature. The updated feature will include two orange boxes (or other shapes, as set up in the Style panel) when displayed in the Sequence, Linear, or Circular views. One is for the original feature and the other is for the newly joined segment. If the two segments are not adjacent, the default style in the Sequence view is to show them connected by a line.