In Part A of this tutorial, you set up and ran a templated RNA-Seq assembly using SeqMan NGen. In this part of the tutorial, you will analyze assembly results in ArrayStar using a “quick gene set” and the Gene Table to locate a potential operon structure.

The blue circle labeled “AB” denotes the intersection of the two sets, and represents genes which are up- or down-regulated for both samples: flhC and flhD. 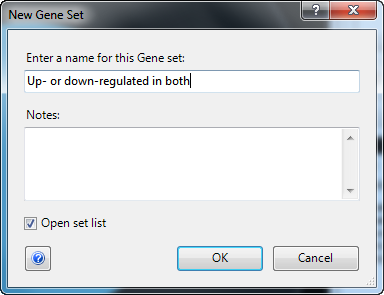 The Gene Table opens with 59 genes selected. Do NOT click anywhere in the table for now, as you need to retain the selection (blue highlighting). 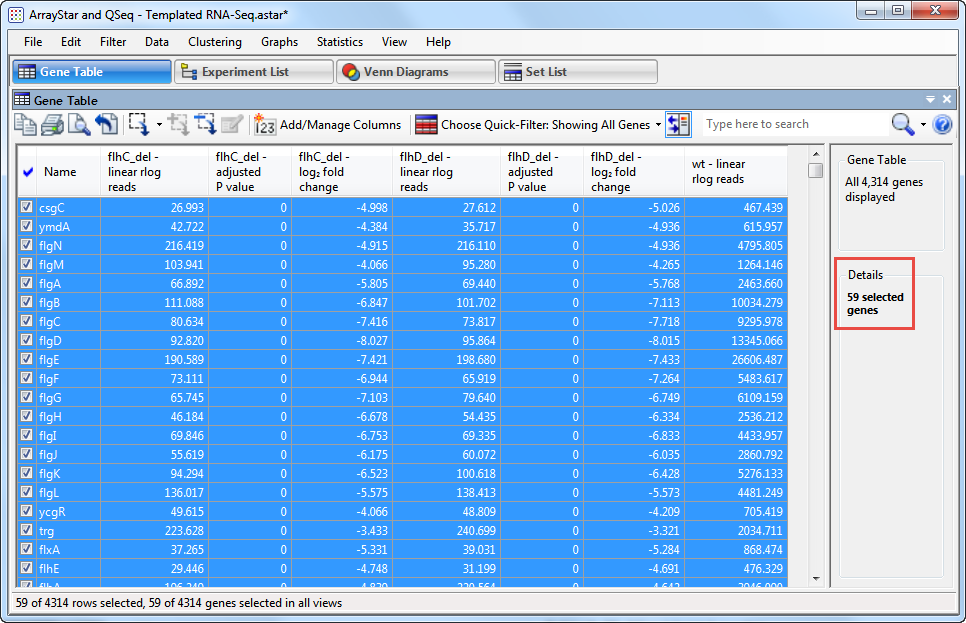 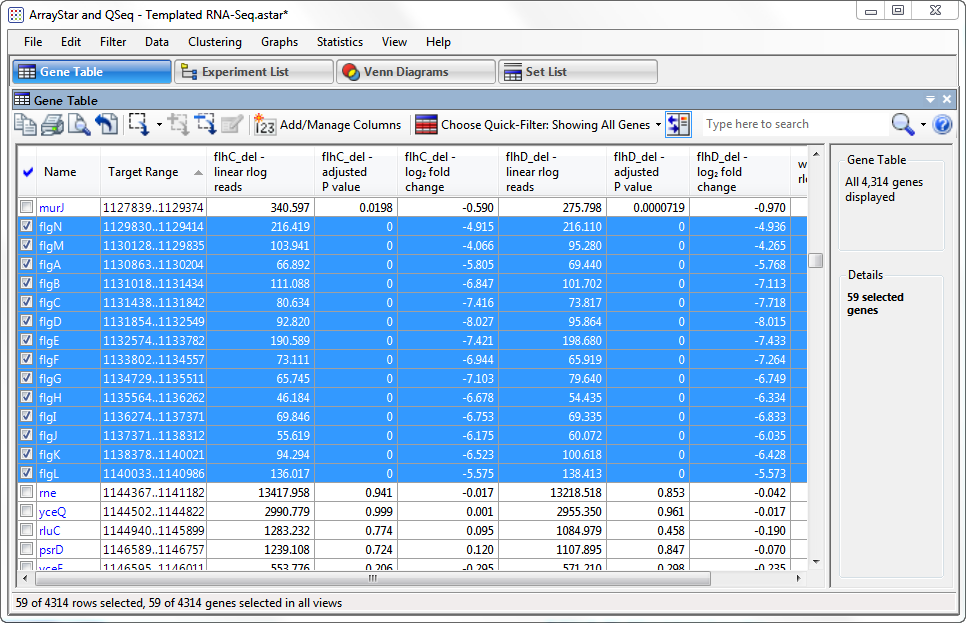 Observe that most of the down-regulated genes have a name prefix of ‘fli, ‘flg’ or ‘che.’ The first two gene types encode flagella-related proteins while the third type encodes chemotaxis-related proteins. These findings corroborate that these samples are missing coding genes related to flagellar and chemotaxis functions.